You are here: Home / Lifestyle / How we Reduced Our Housing Expenses by $1000 a Month

I had some very ambitious goals while my husband was deployed. I wanted to be able to travel to port calls (I did 3, including Bahrain), visit family/friends (travel between Seattle and Back East 4 times), max out my husbands TSP at $1433 a month and still be able to save the $60,o00 required to buy our next two houses. While I was blessed to get an amazing job offer in my career (and the hours with it) the week after he left, it would not be enough. 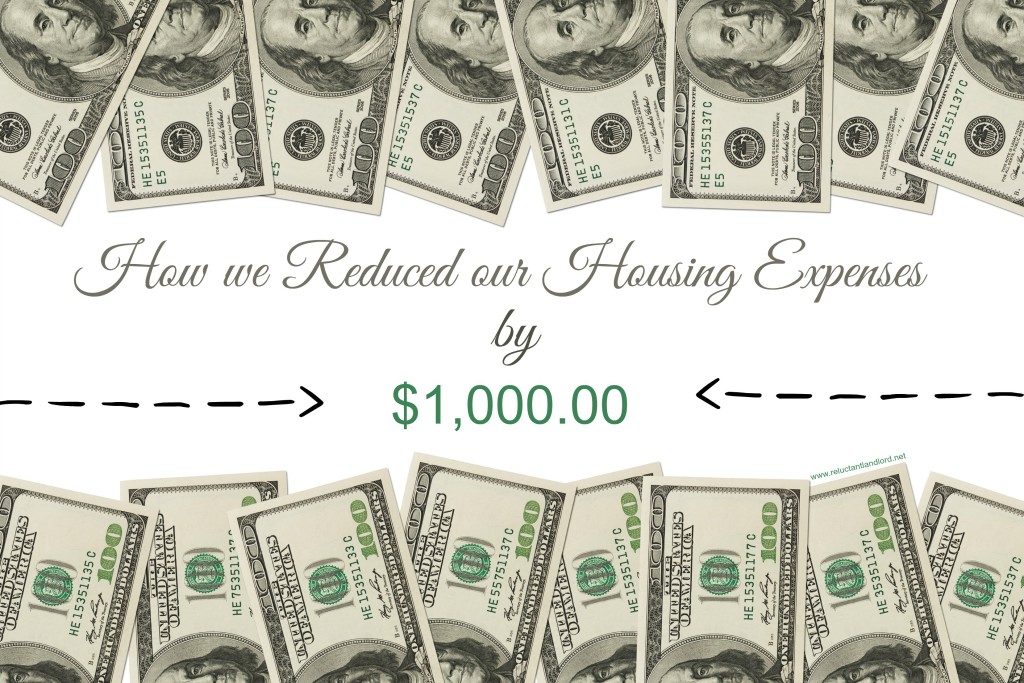 While we make great money being a Dual Income No Kids family, I knew we would need to cut down on some areas in order to make all our goals happen. My income was amazing but it was quickly spent with all my good ideas. When a buddy’s roommate suddenly left him right before a military deployment, an awesome opportunity arose. The opportunity was the ability to downside from our 4 bedroom 2 bath house with a $1250 + mortgage plus utilities to a 3 bedroom 2 bath for $650 a month. My roommate traveled, and he was able to have someone to pay half the expenses while still watching the house. A win/win for all.

As with any fantastic opportunity there were some downsides:

While there were some definite downsides/extra work on our part after the deal (there is no such thing as a free lunch). It was awesome. The upsides were way more up than downsides.

Downsizing during deployments, and other times, while not always easy or popular can be a great asset. Over the years we have downsized in different ways to reduce our expenses allowing us to achieve that next “goal”.

What have you done to give you that monetary “push” into the next goal?