You are here: Home / Lifestyle / While I will Not Fail, I will Stumble. Will You Catch Me?

Recently during a meeting, a wise mentor told me, “It’s okay to fail. You cannot be right all the time, you, have to learn to fail with grace.”  I was stunned into silence. I have thought and mulled over this.  He is wise, and I respect him, so he must be right. Right? 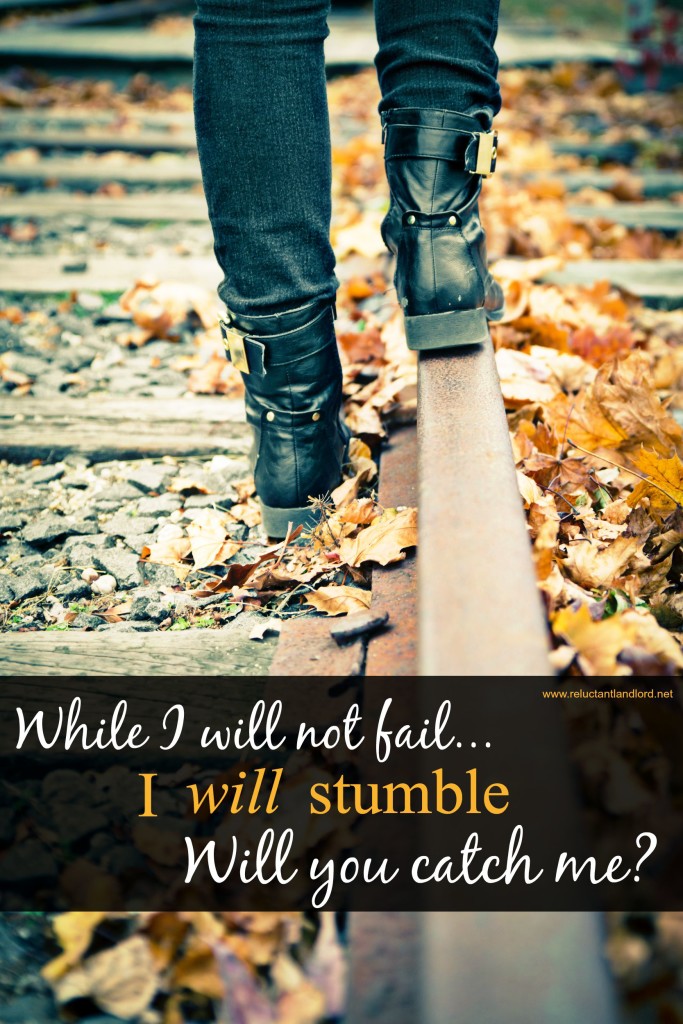 But after after a while I realized he, respectfully, is wrong.

I spoke to a dear friend who, while new in my life, I respect. I admire people who challenge and push me to think openly. She told me the exact opposite: that the way we are a bred is that failing is not an option.

It’s the truth. I didn’t know how to fail. I don’t know to accept defeat because I haven’t afforded myself that luxury.

Here is what I DO get to do. Let me say this differently: This is what I MUST do to survive…

I get to do anything I want, but accept failure or defeat and you can too. The truth is you are strong and you will make it! The hardest lesson I have learned is that not getting to my goal was not failure. It was actually a greater success than if I had never stuck with such a lofty goal. Perseverance, not just straight up success, has been my key.

DO NOT GIVE UP, DO NOT FAIL!

You are allowed to reevaluate, think twice, or pick a different path. What you are not allowed to do is give up or say you are done. The only time I have given up out of frustration are the days I have regretted. While I have changed paths, tried something new or reevaluated; I have never said I am done.

Having a down day?

Deployment was one of the worst and best ten months of my life. During deployment, I once went to bed after having just milk for dinner because that was all I could manage to do after I fed the cat. But BECAUSE of deployment I am stronger in so many ways. Yet here’s the thing– there were dark days.

My key was to never give up.

Pick your team, your member, and your tribe. With those on your side you will succeed.