You are here: Home / Buying or Selling Real Estate / How We Started Investing in Out of State Real Estate

Are you trying to decide if you should buy local or out of state? Are you worried that your house that you are living in now will become an out of state rental?

Owning out of the area, out of state, or even across country is totally doable. Not only are we a military family who knows that local is only as relative as the current set of orders but we took a jump even sooner than we expected. 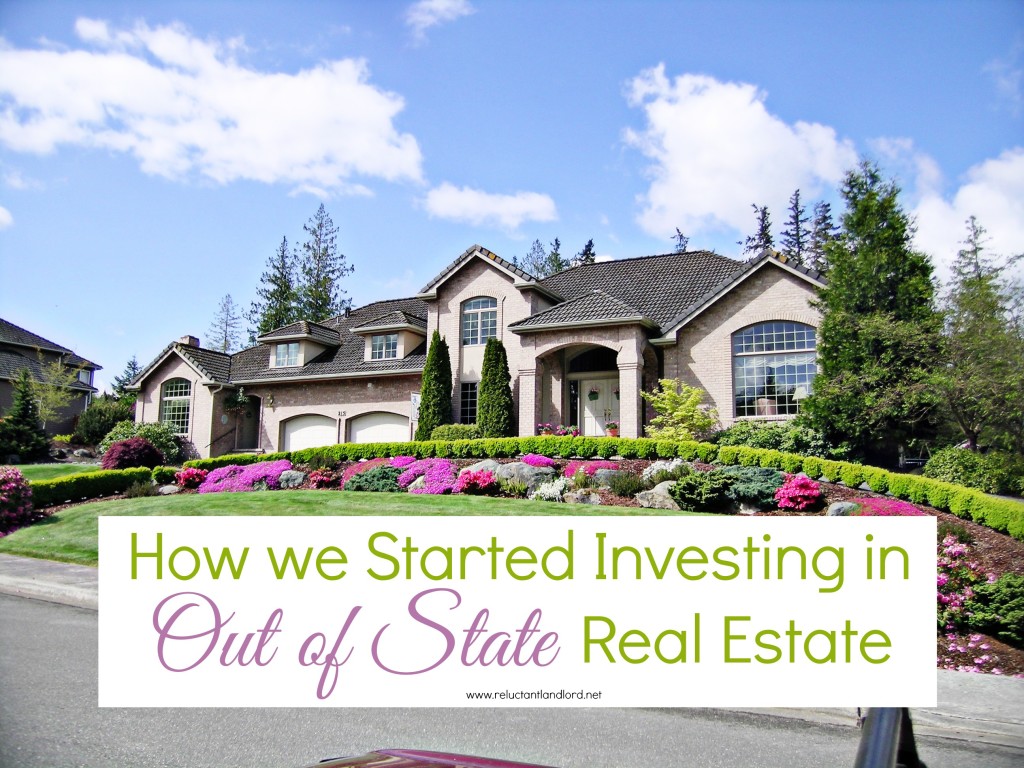 We purposely bought our first investment out of state.

Yup that is right!

We made a clear conscious choice to buy our first two investment houses in Charleston, SC even though we lived where  my husband was stationed in Virginia Beach over 6 hours away! Less than a year later we lived across the country in CA. This decision didn’t come out of the blue nor was it my first choice. We knew that we wanted to build an real estate empire and that our end goal was to be able to retire on the cash flow produced from our investments.

There was one problem: we were 23 and 25 just getting started and didn’t have tons of cash. We had a small nest egg that we had saved over the past two years. We had roommates at our previous duty station allowing us to save money even with me barely working and going to grad school. Instead of using that money as a downpayment we used a 0% down VA loan. Our first home was a foreclosure that we fixed up over the first year. In the beginning our savings money was our emergency fund in case a repair went wrong. While lots of things went wrong, we were able to over come them with sweat equity and in our saving stayed intact.

Once we had started to stabilize, I knew that we wanted to buy another house. I spent months looking in Virginia Beach and could not find a home where the numbers   within our requirements  AND  the downpayment was within our financial reach as we had to put 20% down for investment loans. In the end, out of pure coincidence, we found Charleston. We found it while we were visiting my sister in law at her graduation. A good friend of my husband’s was investing in this neighborhood. I was in love as it was a great area AND the numbers worked! The area was distressed because large corporations had been delayed to the recession and now it was revitalizing.

As our first short sale it was certainly not smooth sailing. The day we bought the home the AC didn’t work and we spent the first day trouble shooting the AC system (ended up being a $200 freon leak). Later our plan of hiring  a property manager was not realized,  but we survived. We learned and we grew and here we are today. So if your area does not work then look else where. There will be bumps along the way, (fyi life is bumpy!) for us it has been extremely financially worthwhile!

Do you invest out of state? What has been your experience?