You are here: Home / Lifestyle / Why New Service Members Should Rent, Not Buy Furniture

CORT was gracious enough to sponsor this post but all the opinions and experiences are my own.

My husband loves to brag that before he married me moving was much simpler. It truly was, since all of his stuff fit in into his two-door sports car. His first two moves from school and then to Pensacola was easy compared to the moves with 7,000-plus pounds that almost six years of marriage brings along. I still hear today about how life was so much simpler, his duffel bags, a few boxes, and off he went. Luckily, he has me now as his chief move coordinator. 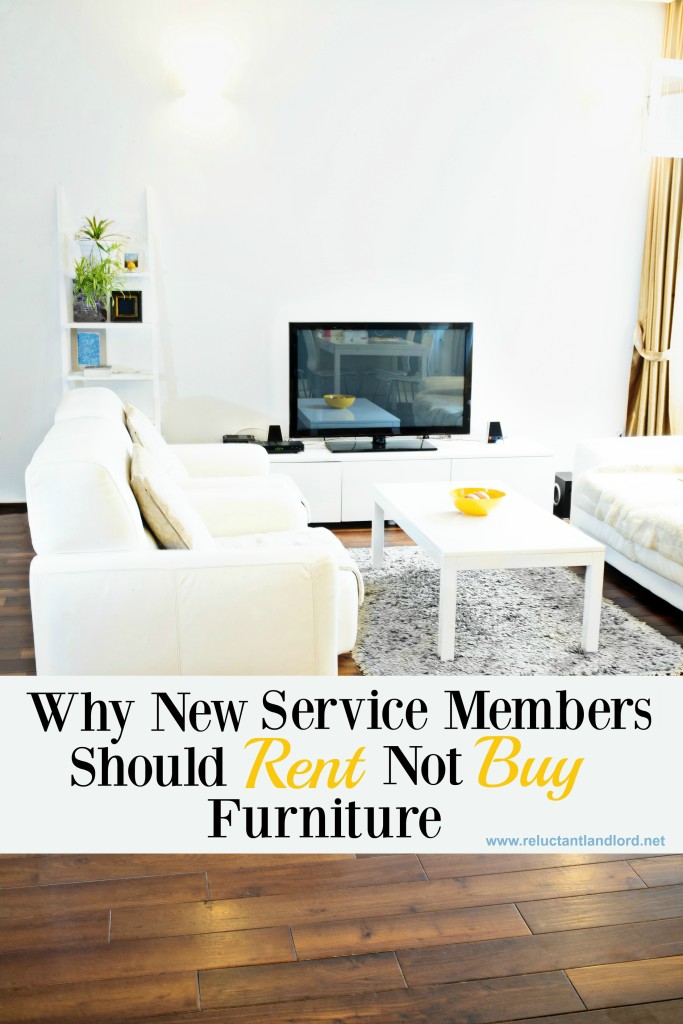 Here’s the part that he always leaves out and honestly my favorite part. Life was so much simpler because he had a great furniture rental company on his side, CORT, his original stuff coordinator. He would go find a great apartment and than give CORT a call. They would deliver his furniture and then pick it up when his next set of orders came, which was often since he was in the aviation pipeline. This was great because furniture was easy peasy. There was no waiting a whole day for movers (been there), or trying to beg and plead when we had last minute movers and we needed to move quickly. He did that in Charleston, SC and then later Pensacola.

Then I came along with all my furniture and stuff, and life got more complicated since we now had stuff, furniture, and pets. As a frugal living practitioner (I have to fund my crazy empire somehow,) you probably wonder why I think CORT is amazing, since why would you rent furniture when you could buy it cheaply off of craigslist and buy sale trade pages? The easy answer is one less thing to worry about.

One great thing about getting engaged at 20 and married at 22 was I was able to see a lot of different methods and styles for setting up shop. Now almost seven years after my husband was commissioned, I can honestly say that if you are not married, you probably will save a ton more money by renting furniture than buying it. Even if it’s cheap. Here are the four major reasons why:

When you have furniture, you can’t be fluid and go based on the most amazing opportunities. We had friends who rented gorgeous, fully-furnished, beach houses for $600 per person (WOW). Then they went to an apartment, and later went to required base housing. They were always buying and selling furniture or, more often than not, donating it because they just didn’t have time to deal with unloading the furniture. If you rent furniture, there are no offloading issues as CORT removes it for you. This is especially awesome when you are on your way out to sea, or get transferred last minute while deployed.

No Expensive Start Up Costs

We were broke college students when we graduated. Buying furniture is expensive, even if you go used, because there is always going to be a few new items you need to buy. Even this thrift store shopper, who bought used furniture, made the husband buy a new bed, couch, and other “cloth” items. For those of us who want a put together house, without spending the hours refinishing the furniture, we drop even more money.

I have quite a few friends who have put everything in storage, while on deployment. The thing that most people don’t realize is, storing your stuff is expensive and adds up quickly. While a buddy might allow you to throw some boxes and other personalized items into their garage, most people draw the line at furniture. Many bases are located in areas that require climatized storage. This can quickly add up at $200 a month or $2,400 a year. Other friends still paid room rental costs at $500 to have a place to keep their stuff, which adds up to $6,000 a year

I know all of our moves to date have been last minute and crazy. Luckily for my husband, he has me. Free labor who can deal with the military moving system. The great thing about renting furniture with CORT is one phone call, they pick it up, and you are done. No waiting around or dealing with multiple-day pack outs. No having to go through the claims after your furniture is broken. It’s easy, which means more time to spend on your cross-country adventure.

At the end of the day most people start out the military in a transient life style. Many enter straight from the barracks, meaning they have little to no furniture. They than are either moving often for different courses, or heading in and out to sea. In the very beginning of your career, this is the time to be footloose and fancy free. To go on expensive port calls, rent fancy beach houses, and then live alone— all based on the mood and current base offerings. I am a huge believer in being flexible and able to adapt. Depending on your lifestyle and military requirements, not only might furniture rental be easier, it might also be cheaper in the long run.