You are here: Home / I am a Reluctant Landlord / Why I Don’t Hold Houses

First come, first served, right? As a landlord, do you give dibs to the first person to see the property?

I do not. I don’t hold a property for someone while they get their paperwork in order. My policy when picking a tenant is the first qualified applicant who is approved, signs the lease, and submits the lease is offered the home no matter who sees the house first. 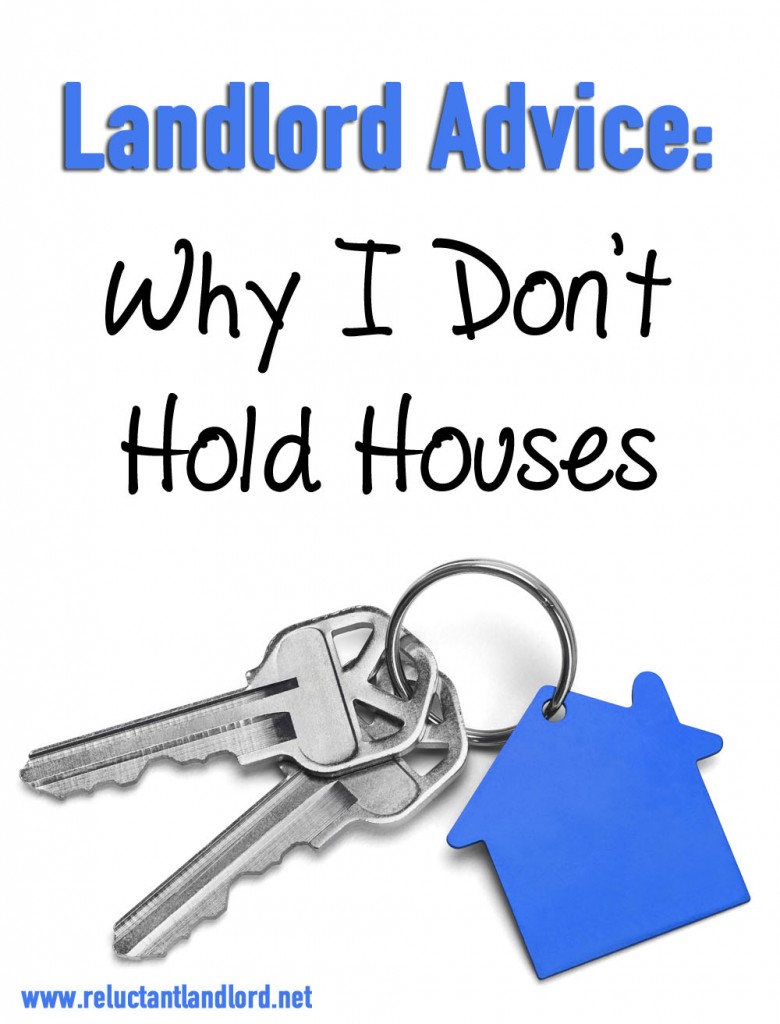 Why You Shouldn’t Hold Houses

I have had many applicants who drag their feet while I have had others that have submitted all their paperwork within three hours without even seeing the property. I have learned over the years that if someone wants a property they will complete the entire process.

I want to reward the person who finishes first — not the person who is first in the door. As a landlord, this no-hold practice has worked out both as a business practice and as a human being who wants to treat others how I wish to be treated.

Nothing annoys me more, both as a landlord and as an applicant, when we are waiting on someone who is dragging their heels while they explore all their options. There are also the applicants that seem to bail on me after the people who were really interested have already moved on!

I also have had people go through the entire process including paying for the credit and background checks who have then decided not to rent the home. So just because they have gone through the entire process does not mean they will take the property. I had another applicant tell me that she was waiting on getting approved somewhere else but saw my house and fell in love.

Here’s the best one: I had a tenant sign the lease and pay the deposit only to change their mind two days before move-in day. This was right when a big influx of new employees came in to town, and I had already turned down five people who wanted that house. I got really lucky it rented out. That was the final straw, and that story leads to my next no-hold procedure.

The house is not removed from the market until the applicant has been approved, they have signed the lease, and given the first month’s security deposit. Once those three things are done, all applicants are informed that at this time the lease is fully executed and all parts of the lease are in effect (including the break lease clause).

Thankfully, I operate in highly desirable areas so properties do not sit during summer months. This leaves me in a position of power. I also don’t want to waste my moving season time and delay filling the property until the fall. That would make my life much harder.

What are you procedures and practices? Do you hold a house for applicants?