You are here: Home / Lifestyle / How to Prepare Your House for Rental Photos

Your ad is very important to getting the traffic and the price that you want for your rental house. I will be honest and say that over the years I have become more lazy about this. For the first time, one of my houses sat empty — that shows how lazy I was. After putting up a great ad and following the steps I know work, it was rented in less than a week. 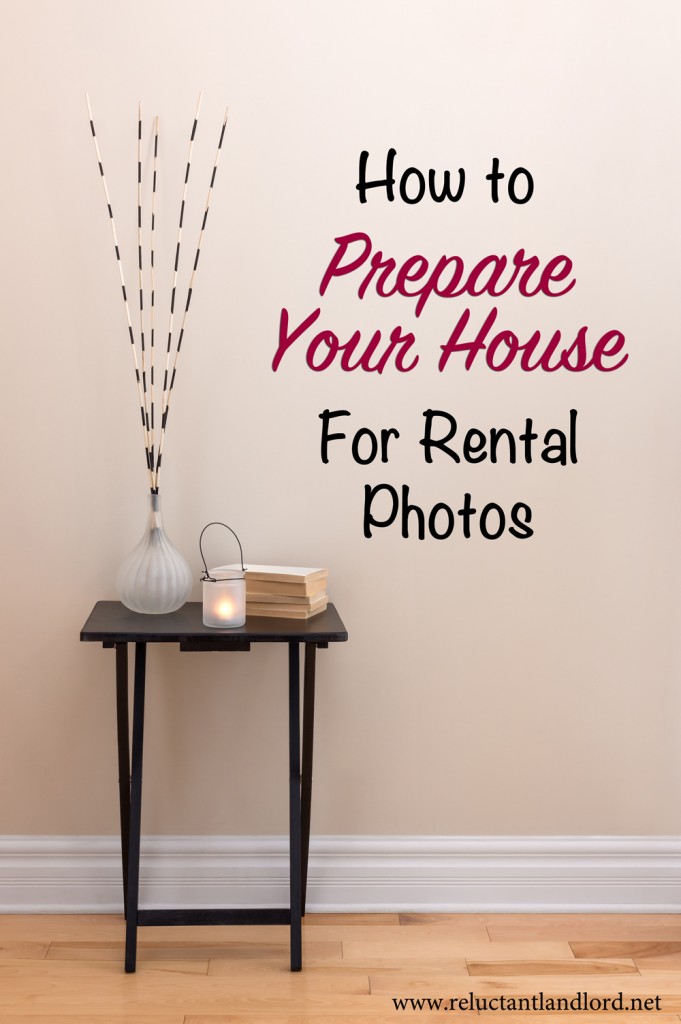 Prepare Your House With These Tips

I want everyone to love my house and not have a preconceived notion about it. I don’t want them to see pet toys or a litter box and consider it a “pet house.”

2. Clean off all surfaces

At my house, even if everything is picked up, my counters and other surfaces still have tons of stuff all over them. You want your house to feel open and spacey, not cluttered. Just remember this is not the time to sort and go through everything. Don’t get side tracked and stick with the plan.

3. Remove towels and other hanging items

I am all for a lived-in look but unfortunately hanging items do not give the best impression in pictures. I removed all of our towels, hanging flight suites, and other items throughout the house.

4. Put things where they belong

As you walk around the house, remove any items that should not be there. For example, there was a large safe in the middle of my bedroom floor that needed moved.

As I was going through the house, I threw out old shampoo bottles and basically anything that I hesitate on keeping I go ahead and throw away.

While it is easy to stuff everything in your closets and other areas., don’t forget that these areas will need to be tidy and photo ready too. Most people find it very important to see pictures of all the storage areas. Everyone loves big closets!

7.  Clean up the landscaping

Mow and weed the lawn. Make the landscaping look nice.

If you are like me, I had the best of intentions to make the house look good and organized for the pictures, but after spending 30% of my alotted time putting away the master bedroom, I quickly realized I was running out of time. So I found some secret hideaways.

If you are anything like me, you waited four hours until you had plans to photograph the entire place. Do you have more clutter than places to put it all? Here are some tricks I learned as I was battling where to put my things to create perfect photos.

Remember: If you are anything like me, at the end of the day you will do everything you can and it still won’t be perfect. In my mind, the key is to do your very best and to put the house up for rent. I know there will always be something I could do better, but if it’s not listed I know I will fail.

A great buddy of mine took these awesome pictures after my mad dash to prepare the house. Aren’t these pictures amazing? 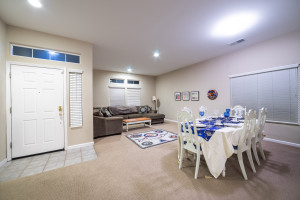 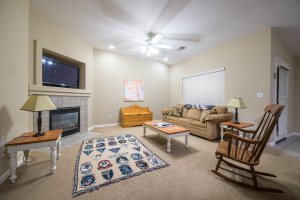 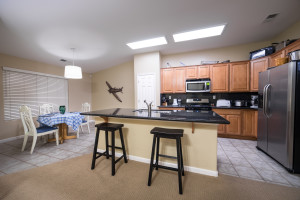 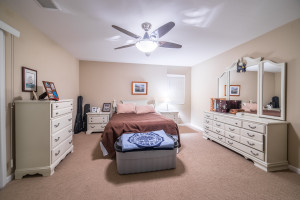 What you don’t see is the tons of stuff stuff in the tupperwear or the items behind the camera. 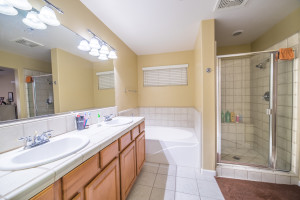 The cabinets were an awesome place for storage. 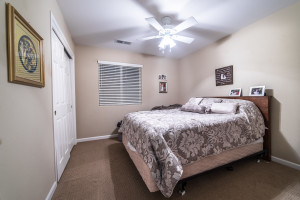 There’s tons of stuff behind the bed and under the bed. 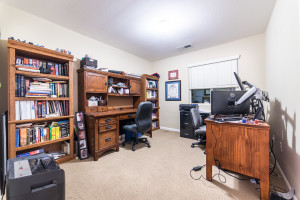 This is our office. I worked on this room the most, yet you can hardly tell because there’s still so much stuff. Can you see the huge basket behind the office chair?

At the end of the day, while these pictures are not perfect, the ad is ready the house looks better than it did before.

Want a secret to preventing a lot of this work?

Take pictures of the house empty before you move in! Even if you make changes later, some of the first pictures might be able to still be used. This way you have the garage, bathrooms, and other areas covered.

What are you tips and tricks to getting your house ready?